OTTAWA, Ont. – Fifty-seven of the best young female golfers from 18 countries around the world will always draw a crowd – but not who you might think.

Throughout the week at Camelot, several squad leaders from some of the biggest NCAA golf programs were seen around the course to take in the action from the fifth annual World Junior Girls Championship in Ottawa. Among them were coaches of Oklahoma, Purdue, UCLA, Iowa, Arizona, Nebraska, Tennessee and Georgia, to name a few.

Close to 20 NCAA Division I golf coaches were on hand to witness history being made, as 15 year-old Atthaya Thitikul set a tournament and club record with a bogey-free round of 60 to claim the laurels and return home with the title of World Junior Girls Champion. The Thailand native is the No. 11 ranked golfer in the World Amateur Golf Rankings (WAGR) and has yet to commit to an NCAA program.

Italy took the team event in a nail-biting extra-holes playoff to earn a well-deserved gold medal and return to old continent with the championship trophy.

So, what brings them to Ottawa?

“The competition level is great. Obviously, all these different countries are represented and, you know, they’re not just players but the top junior players from those countries,” confides Ryan Sirman, a first-year member of the women’s golf coaching staff at Oklahoma University.  “It’s definitely a high level of play here this week,” adds Sirman.

Golf Canada’s chief sport executive Jeff Thompson concurs that this was a key driver in creating this international event. “We purposely limited the number of teams at the event and capped it at that level. The very best can go.”

Canada’s top performer was Céleste Dao, who took fifth place in the individual competition, while Team Canada 1 finished just outside the podium in fourth amongst the 19 teams taking part. 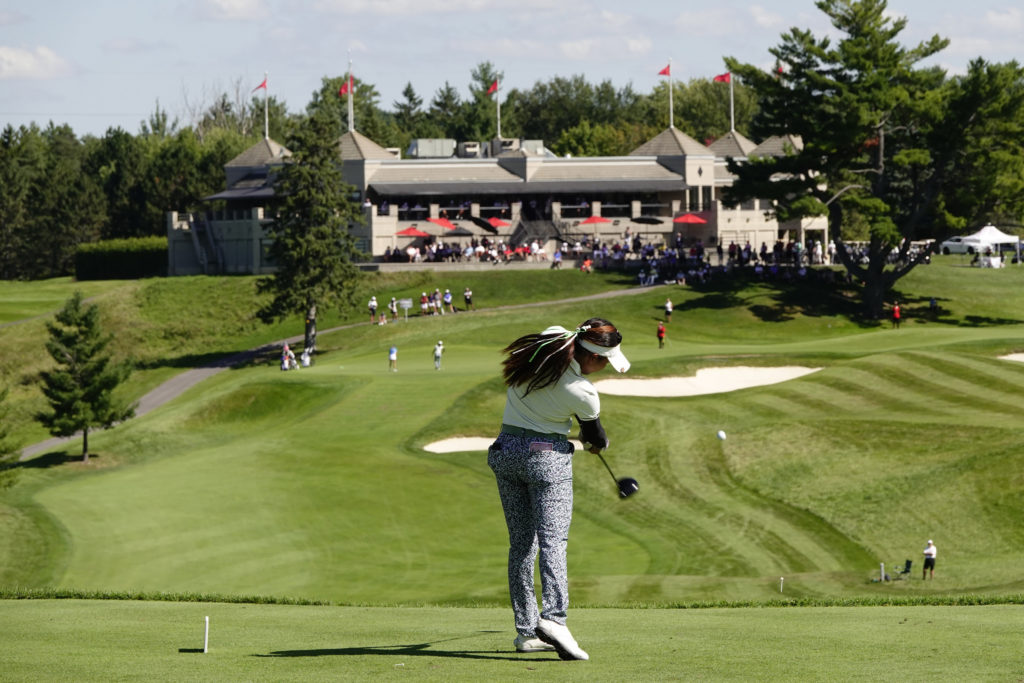 Accompanying Bubser is Kolton Lapa, the associate head coach at the University of Nebraska. “This is a great tournament because it’s the three best junior golfers from each country, so it gives coaches the opportunity to look at golfers that you won’t usually see in action,” adds Lapa, who shares coaching duties with Robin Krapfl at Nebraska. “For example, Thailand is here, and it gives us a chance to evaluate a number of other kids we wouldn’t see anywhere else.”

“You know, as college coaches, it’s definitely our job to do our homework and with these international girls, it’s rare for us to see – especially in this field – elite level of play and to see them all in one spot,” says Sirman. “We can see what their swings look like on video you know, but to actually see them going around the golf course – a phenomenal golf course by the way – is something else.”

From humble beginnings, this event is now a prominent competition in Golf Canada’s championship calendar.

“Year over year, it’s great to see the increase in interest from Division I programs and coaches attending. It’s our fifth year now. In our first year, we were not a ranked event and have since earned  “A” ranked status – people know that now. They know the quality of players that are going to be there,” concludes Thompson, who is also in charge of Canada’s national squads at the junior, amateur and young pro levels.

For Canada’s junior girls coach Matt Wilson, the World Junior Girls Championship is circled on the calendar all year as a major opportunity for the team.

“The World Junior Girls is a can’t miss opportunity for our athletes, who are always striving to be the best they can be while competing against the best in the world,” said Matt Wilson. “It’s a great test for the world’s top talent and from a timing perspective, it’s also the perfect stage for scouts and coaches. ”

THE WORLD JUNIOR GIRLS CHAMPIONSHIP WILL RETURN TO CANADA FOR ITS SIXTH EDITION NEXT YEAR.